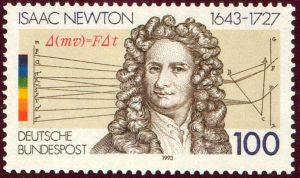 There must be some kind of Newtonian law for politics, along the lines of, “For every overreach there is an equal and opposite overreach.” Case in point.

President Obama had been warned: Don’t force religious institutions to offer health-insurance plans that cover contraceptives, and it’s no secret that more than a few religious groups, including the Roman Catholic Church, teach that using artificial birth control is morally wrong.

But on Jan. 20, that’s exactly what Secretary of Health and Human Services Kathleen Sebelius announced would happen. The Administration’s idea of an olive branch at that point was to give religious-based organizations and institutions, such as Catholic hospitals, universities and charities, a year to figure out how to comply.

The reaction was literally predictable. The American Catholic bishops were ready with their message: This is nothing less than a trespass on the First Amendment’s guarantee of freedom of religion.

For the first three weeks, that message reverberated enough to stir up a broad coalition. Not only the usual suspects who oppose the very ground the president walks on, but even left-leaning Catholic leaders, who support the right to birth control, saw this as a classic church-state battle, a war on religion.

Then on Feb. 10, the president announced an “accommodation”: religious institutions would not be required to offer contraception coverage, pay for it, or even inform their employees about it. Instead, women would deal directly with health insurers. The president painted this new arrangement as an effort to balance the concerns of conscience with the rights of Americans to receive the health-care options they wanted.

The Administration avoided words like “compromise” and “climb down,” but that’s what it was. It had overreached and got its hand smacked.

A good number of Catholics and other religious leaders applauded the move at first, but not all and not for long. The bishops and other critics pressed the president, saying the accommodation wasn’t accommodating enough, that it was only window dressing. The war-on-religion rhetoric got louder and shriller.

And that’s when that political law of physics kicked in, because last week—maybe during the House hearings on religious liberty—the fulcrum of the debate shifted from being about freedom of religion to being about church leaders who want to force their morality on the nation. The big media story changed.

Suddenly, the church wasn’t the victim of government imposition but the ones doing the imposing, threatening the reproductive rights of American women. The church leaders had been winning the public debate, but because they did not strategically settle for the win, they handed critics had the opening they needed.

Along the way, critics took shots at the bishops’ for their apparent inconsistencies in what social issues they choose to address or not address, and, inevitably, about the sex-abuse scandals. Could the word “hypocrite” be far behind?

Suddenly, they were the ones who looked overreaching.

The president was amazingly tone-deaf when he issued the initial contraceptive rule. He tried to fix it, but he’ll continue to pay for his mistake whenever an opponent wants to raise the specter of a secularized chief executive, a president who doesn’t share the world view of most Americans, who doesn’t follow “a real theology.” (Hello, Rick Santorum.)

But the president’s critics, particularly the Catholic bishops, overreached when they kept pushing after he compromised because they made themselves easy targets for opponents to raise the specter of power-hungry theocrats who don’t care about women’s health.

Of course, the bishops aren’t trying to get re-elected in November.

One thought on “Overreach begets overreach in birth-control debate”