In fact, I wouldn’t be surprised if Pastor Joseph Barkley of Ecclesia Hollywood is the only one who can. Just to be clear: the church hasn’t sold its soul to supplement its offerings. It leases space in a building two blocks from the famous corner of Hollywood and Vine, and the skin-flick casting company happens to be in the same building.

The church is also next door to Ultra Vixen Vampwear, a lingerie shop that counts strippers among its customers. (“We have a wonderful relationship” with the store, Barkley said. “They put up signs for our Christmas Eve service. We give them cards.” He doesn’t personally walk in; he leaves that to women church members.)

Ecclesia (from the Greek word for “church”) Hollywood was planted five years ago; Barkley and his wife were among the first leaders, and he became the lead pastor a year ago. It’s a theologically conservative nondenominational church that was running about 500 last December. Now it’s closer to 800.

Why the growth? You might call it sexual attraction.

At the start of January, the church started “Skin,” a series of Sunday sermons and weekly study groups that deal frankly with sex. It started with the first three chapters of Genesis and moved into the apostle Paul’s first letter to the Corinthians (chapter 5, 6 and 15, if you’re keeping score). Last week Barkley talked about homosexuality.

So let’s think about this: a conservative church in the middle of Hollywood, talking about sex. A lot.

“I think it’s shocking to most of the city that there’s a church here,” Barkley told me on Thursday. “There’s an assumption that the rest of the city might make. They have this paradigm that what we have to say about sex is anemic, inadequate, judgmental.”

“They’re surprised to find out Christians have fun talking about sex. Look, the whole account of creation in Genesis ends up with two people standing in a garden, buck naked,” he said. “We take that as a signal that God wants us to talk about it with freedom.”

Barkley’s elevator speech to explain “Skin” goes like this:

“In a culture where we no longer think the choices we make have any significance, we wanted to teach the revolutionary thought that your bodies actually matter, that they have eternal significance. Your body has a purpose … it’s not an accident. You were handcrafted. The fulfillment of that purpose is the privilege we have. So we’re trying to offer a recalibration of how we value our own bodies and what we’ve chosen to do with them.”

So “Skin” really isn’t about sex. It’s bigger than that, Barkley said, either standing Sigmund Freud on his head or spinning him in his grave.

“The biggest issue, the most nagging disease we deal with, is isolation,” he explained. “We minister to orphans and dreamers. Most people moved here from somewhere else both to chase a dream and to get away from something. They have no roots, no tradition, no sense of family. After a while they realize what that vacuum is doing to their soul. Sexual brokenness is directly linked to that sense of fear, of isolation.”

So the teaching about sex, he said, is in some ways “ancillary, a device that God is using to get to the root of the problems.”

Something’s clicking, if numbers mean anything. Maybe sex really does sell, even for church. But Barkley spoke more about all the conversations he’s been having since the series began, including a constantly ringing phone and 70-plus daily e-mails he’s been getting, a load that’s “off the charts.”

He’s especially glad that people who disagree with him say they’re going to stick around and keep listening.

“Generally, people are appreciative for us being honest,” he said. “A huge value of ours is vulnerability. People are almost surprised at the transparency with how we’re talking about sex. … We try to be honest, with as much plain language as possible. I’ve given the PG-13 disclaimer for parents from the pulpit.” 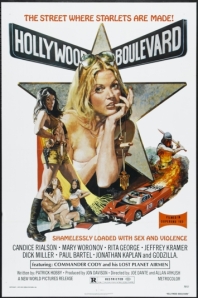 “We’re trying to build a strong church, not a safe church,” he said. “I don’t want to spoon-feed people; I want us to think like grownups, to have the equipment to make theological decisions about life. How is my sexuality a demonstration of the image of God? We’re not helping anybody if we’re not having honest conversations about this.”

5 thoughts on “Sex and the church (Hooray for Hollywood)”