From this week’s news, file the following under “Don’t Be Surprised”:

1. The newly inaugurated governor of Alabama, Robert Bentley, shouldn’t be surprised if he finds himself immediately in public-relations hot water after telling a church audience on Martin Luther King Day that only Christians were his brothers and sisters. The new governor, who’s a Southern Baptist, apologized to his constituents two days later. Theologically, he’s very much in line with mainstream evangelical theology — that is, that Christians have been uniquely adopted into God’s family through Jesus Christ. But any suggestion of being exclusive or of favoring one group of constituents over another is not politically savvy — or even that advisable at the duly elected leader of all the people of Alabama.

2. The Vatican shouldn’t be surprised (and most likely isn’t) that the disclosure of a confidential letter from a Vatican official in 1997 to Irish bishops re-opened wounds, sparked yet more controversy about clerical abuse and was mostly misunderstood if not altogether falsely reported. The letter, obtained by an Irish TV network and released to the Associated Press, warned the bishops of likely consequences if they followed through with their proposed policy of reporting all charges of child abuse to police. Victims groups and at least one American lawyer who is working to sue the Vatican on behalf of a victim, said the letter was a “smoking gun” that proved the Holy See was encouraging a cover-up.

The Vatican said the letter simply alerted Irish clerics that their proposed policies had implications under both civil and church law, but it never advised them not to report abuse. Reading the one-and-a-half page letter, it looks like the Vatican has a point. To judge by the coverage, especially when it first hit the headlines, some of the reporters on this story either didn’t understand “Vaticanspeak” and the workings of Roman Catholic Church machinery — or they didn’t want to. (To read about the problems with the reporting on this story, check out this post, which gives me a chance for a shout-out to friends at the Get Religion blog, a good place to find critique of how the mainstream media covers religion.)

3. Terry Jones, the Florida pastor who drew worldwide attention last fall when he pledged to burn copies of the Koran on Sept. 11, should not be surprised that the British government denied him entry into its country. He planned to speak at a February rally protesting the rise of Islam in the UK as well as visit his daughter who lives there. The British government said he was denied a visa because it “opposes extremism in all its forms” and  thinks his views would “foster hatred that might lead to inter-community violence in the UK.”.Jones, of course, protested the decision, calling it “sabotage of the basic human rights of freedom of speech and freedom of expression” as well as proof of “the effectiveness of the threat of militant Islam in the UK.” About 2.7 percent of the UK’s 62.3 million people are Muslim (compared to 0.6 percent in the US), according to the CIA World Factbook. When I lived in England in the 1980s, we could already say, accurately, that there were more Muslims than Methodists in Britain. 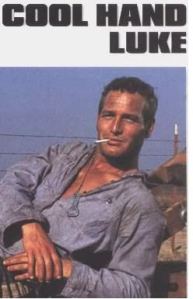 Are there any other threads running through these stories? Maybe, to paraphrase the most famous line from Cool Hand Luke, what we’ve got here is a failure to communicate … well.