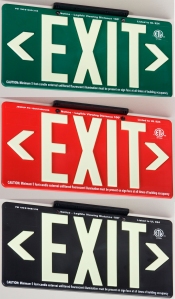 First, the thank-you notes. Thanks to the editors of the Johnson City Press for the opportunity to explore a lot of interesting territory. Thanks also to friends and colleagues who have generously offered their ideas, suggestions and encouragement.

Thanks to the countless people who let me share their expertise, insights, experiences and voices in this space. One of my favorite parts of being a journalist is the privilege of meeting people I would never otherwise get to know.

Finally, thanks to you for reading and for sending your comments, criticisms (honest!) and compliments. Even more, I appreciate your joining me in looking at all sorts of subjects through the lens of religion. One of my favorite parts of covering religion has been the variety, with the chance to write about everything from Trinitarian doctrine to tax law.

The breadth of religion, as well as its depth, is not a small point. More than ever, we need all the tools we can manage to help us understand our world, and it’s no secret that dozens of important news stories every week – whether in our front yard or on the other side of the globe – are ripe with religious meanings, causes and effects.

So before I go, let me suggest seven topics to keep tabs on, listed in no particular order. These aren’t predictions. Let’s just call this a kind of heads-up memo.

The unbuckling of the Bible Belt. I’ve regularly called our region “the area formerly known as the Bible Belt.” No doubt this place still has a different religious climate than, say, New York or Los Angeles. Even so, church attendance is lower than the national average and actual behavior and attitudes about several key social issues mirror the rest of America. With the increasing secularization of society and growing cultural diversity, we’re not as distinct as we used to be (or maybe like to think we are).

The continuing rise of syncretism. “Syncretism” is a fancy word for mixing beliefs and practices into a kind of spiritual stew, an inclination some people have tagged with labels like “me-ism” or “cafeteria religion.” This is a long-time trend, but I was reminded of its power and attraction when I saw “Avatar” last week. (See below, “impact of media, The.”) Regardless of what someone thinks of this development, it’s one that has real implications for how we view the world.

The politics of sex. I can’t think of one sex-related controversy being debated in the public square – birth control, homosexuality, the meaning of marriage (including same-sex marriage and civil unions) – that isn’t shaped by religious belief.

The impact of media. This issue goes beyond debates over the content of TV shows and movies. The media we invent – and how we use them – affect us. For example: In a digital world, how do you define a “community”? Is a church a church if it’s only on the Internet, or is a vague acquaintance on Facebook a “friend”?

The definition of “human.” Far from being a philosophical abstraction for eggheads, the question of what it means to be human is on our doorstep in a dozen ways. The abortion and end-of-life debates are prime examples. For future reference, we’ll also need to consider if there’s a point at which someone treated with cloning, genetic engineering or robotics might not be considered a fully human being anymore.

The spiritual dimensions of money. It’s not just the matter of garden-variety greed or even Bernie Madoff’s unfathomable fraud. Dozens of economic answers can raise scores of religious and spiritual questions. In other words: Are any religious, spiritual or moral issues connected to health care, jobs, welfare, education, foreign aid (think of Haiti this week), war, credit and debt (both personal and national), advertising and marketing, crime, the justice system or the care of elderly people?

The persistence of church-state controversies. Thanks to the massive gray area written into the U.S. Constitution and lived out in American history, the familiar tensions over faith and public life will continue. After 223 years, why stop now? This is part of our national DNA.

That’s all. In the words of an ancient Christian greeting: Grace and peace to you. Amen.

One thought on “F2F Finale: That’s all, folks”