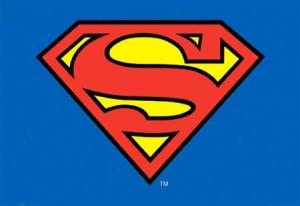 This week in a cove near Elizabethton, Tenn., some kid is going to jump off a 30-foot utility pole and live to tell about it.

No need to be alarmed. It’s a safety-harnessed gut check for youngsters (and the occasional adult). They put on a safety helmet, tie on a harness with an assistant holding the other end of the rope, and climb to the top of the pole. As they stand there, teetering, a trapeze bar hangs about six feet away.

The goal is simple: To launch themselves into the air and grab the bar. The hard part, the first time, comes just before jumping. Will the rope hold? Will the guy holding the rope do his job? Will I look stupid if I miss the bar? The answer to all is yes.

But why do it? The name of the activity offers a clue: the Leap of Faith. It’s one of the outdoorsy and out-of-the-ordinary activities featured at Doe River Gorge, a Christian ministry center.

“Our goal is to bring young people to maturity in their character, in their skills, in their understanding of God,” according to Director Terry Maughon. “We get kids who come for fun and adventure, but we want to expose them to Christ in a positive way, and we gear our programming to that.”

That kind of mission is shared by at least 10 Christian camping and conference centers within a 50-mile radius of Johnson City and hundreds more nationwide. The Christian Camp and Conference Association claims about 1,000 member facilities. (There are also about 300 Jewish camps, a dozen Muslim camps and a handful of other religious camps nationwide.)

Camps have changed from their heyday in the 1950s, ‘60s and ‘70s, when they were rustic and simple in every respect, from sleeping quarters (bunk beds in barracks-like dorms) to food (hot dogs and Tater Tots were typical) to programming (Bible classes, chapel, swimming and softball). These days, a camper is likely to find air-conditioned housing, salad bars, and options like high ropes challenge courses and wilderness expeditions.

“People want the experience of the woods, but require more stuff for that to happen,” said Jason Onks, executive director of Buffalo Mountain Camp and Retreat Center. It’s a challenge, he said, “to balance meeting those needs but not take away the experience of being outside. It’s partly the result of changes in expectations from campers, but mostly from parents.”

Faced with a different culture and shifting expectations, camps and conference centers need to be more creative than ever, said Mike Staires, director of communications and marketing services at the Christian Camp and Conference Association. While some facilities are thriving, average nationwide attendance is shrinking. CCCA members report about 6.5 million participants every year, down from 8 million earlier this decade.

The campers themselves are changing too. More kids than ever grow up around cities, live with electronics and participate in organized activities, and so fewer feel at ease living close to nature. (“Our staff jokes about kids having ‘nature deficit disorder,’” Onks said.) Camp leaders see more spiritual diversity too.

“Most kids who came 20 or 30 years ago didn’t question the Bible,” according to Brett Forney, promotions and development director at Appalachian Christian Camp in Unicoi. “But for the generation now, that’s not the thing. We’re not assuming they believe. A good number don’t go to church. Their parents just want them out of the house, and Christian camp is a safe, relatively economical option. So we’re getting back to basics, including more evangelistic aspects with some of them.”

Even so, she and other camp leaders say the constants of the camp setting make a unique impact on children and teens. It’s not about air conditioning or water slides.

“Kids may come the first time because of the toys,” Staires said, “but when they leave they say the most important part was talking with their counselors, meeting friends – those relational kinds of things.”

Camp provides a kind of “greenhouse environment,” he said. “Kids are in the Bible, having some quiet time, playing hard, spending the day together, not distracted by TV. But through the heat and exhaustion they are pushed together, faced with how to figure out how God fits in all this. They’re able to stop and think. It’s like someone pushes a pause button.”

Except when they jump off a very tall pole.