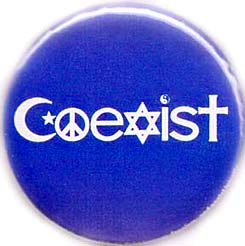 Pat Griggs of Johnson City, a self-described activist, traces her “call” to a quarter century of interfaith involvement.

In the early 1980s, she helped organize people of different faiths to protest nuclear arms. On the morning of Sept. 12, 2001, she sat in a school parking lot to make sure the children of Muslim friends made it to class without incident.

So joining the effort to re-launch a local chapter of the United Religions Initiative? No question.

The URI is a worldwide network designed to encourage cooperation among people of different faiths, whether Christian or Jewish or Muslim or Hindu or Buddhist or Wiccan or agnostic. The ultimate goal is world peace, based on the idea that before the world can find harmony, the religions of the world must learn to live together.

URI was born in 2000, the brainchild of Bill Swing, the Episcopal bishop of California, who dreamed of an organization that would serve as a kind of United Nations for religions. Today, URI claims more than one million people from 120 faith traditions are involved in more than 320 local self-governing organizations, or “cooperation circles,” in 60 nations. The U.S. and Canada comprise 44 circles, including the one in Johnson City, the only circle in Tennessee.

The local “CC” was formed in 2000, but small membership limited its efforts mainly to hosting an interfaith dinner each Thanksgiving.

Last spring, however, the Rev. Jacqueline Luck, who moved to the area in 2007 as the new minister of the Holston Valley Unitarian Universalist Church, gathered the few CC members for lunch, and they decided the time was right for a new start.

With Luck acting as coordinator, a dozen people from at least five faith traditions gathered at the Johnson City public library on Aug. 31 to gauge interest in interfaith cooperation and discuss what a revitalized CC might do.

“There was a lot of energy in developing a circle,” Luck said in a phone conversation this week. “The roots are already planted. We just need to nurture it a little bit.”

Since CCs are self-governing, there is not one model. Some emphasize environmental issues; others focus on educating about religions; still others work to help poor people. Whatever shape the local group takes, Luck thinks it can make a big impact.

“I think the main thing is learning to work together,” she said. “Anything to help with this community, to work on local issues that cut across faith boundaries. That’s why I think it’s a natural to do justice work. In this area, caring for the earth is a strong possibility too. It’s trying to love our neighbor in one way or another. That’s common ground too.”

These goals sound praiseworthy, but the URI has been the object of criticism from its start. Various religious groups, including the Roman Catholic and Eastern Orthodox churches and several evangelical Christian bodies, keep the URI at arm’s length. (For examples, go here and here.)

They suspect that the URI is promoting a philosophy that artificially erases distinctions between faiths or dilutes doctrine to a hodge-podge of vague spiritual clichés. Many Christians, for example, find it hard to reconcile the URI’s goals with Scriptures that teach Jesus is “the only name under heaven by which we might be saved.” They point out that the URI’s charter is written with such broad strokes that it never even uses the word “god.”

But seeking common ground, say URI supporters, is not the same as asking believers to abandon their own faith.

“The URI is a bridge-building organization, encouraging mutual respect among all faiths, with domination by none,” according to Sandy Westin, technology and communications coordinator for the URI in North America. “It in no way encourages homogenization of religious belief, but rather encourages respect for the sacred wisdom of each religion, spiritual expression and indigenous tradition.” The URI charter, Westin pointed out, encourages members to deepen their roots in their own traditions.

“We’re trying to learn to communicate with each other, trust each other and work together toward this ideal of hoping all religions can exist together,” Luck said. “I’d like us to be visible in the community as an example of what’s possible, to be standard bearers for harmony among religious people.”

One thought on “The URI tries on its Bible Belt”