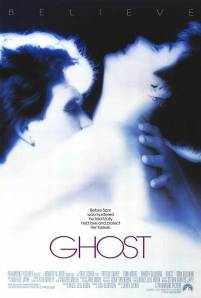 That’s the word in pop culture. It’s hard to keep up with the revolving doors of TV programming, but the primetime schedule is well populated with psychics (“Medium”), ghosts (“Ghost Whisperer”), vampires (“True Blood”), demons (“Supernatural”) and other paranormal wonders (“Heroes,” “Lost,” etc.). That’s not even counting the movies, the books and the blogs.

Some observers wonder if this fascination with things that go bump in the night indicates a rising interest in so-called alternative realities.

A rising interest? It’s already high. Gallup polls consistently find that about 75 percent of Americans hold some form of belief in the paranormal, including extrasensory perception, ghosts, telepathy, clairvoyance, astrology, communicating with the dead, witches, reincarnation or channeling.

This is old news in East Tennessee, which has long offered fertile ground for supernatural stories – and little wonder, with its hills and hollers, its spiritual fervor and its long heritage of early Native American and Scots-Irish settlers (who brought tales from the old countries).

It’s all familiar territory for Nancy Hamblen Acuff, a well-known researcher into alternative realities for three decades, about as long as she taught developmental psychology at ETSU before retiring in 1993. As the official historian for her native Sullivan County, she dug into local folklore – and that led her to ghost hunting.

“I started to collect these stories and began to realize there’s more to this than folklore,” she explained in a phone interview. “With my background in psychology, I had to say this is not just someone’s fantasy or mental illness. This is something else.”

She started to research what that something else might be, including investigating reports of unexplainable events.

“When someone calls me about a problem, I follow it almost as a detective would,” Acuff said. “What kind of occurrence is this? How often does it occur? What was the person’s religious and ethnic background? There are hundreds of questions.”

She recalled a sighting in Johnson City, where a woman who bought an old home kept seeing a man in a World War I army uniform carrying an umbrella. She also heard children’s voices and a barking dog.

Acuff discovered that a minister lived there around 1920, and he was so proud of his wartime service as a chaplain that he often wore his uniform around the property. His family owned a dog.

“I think he was simply captured in time, a true ghost,” Acuff said. “Sounds and images are frozen in time … like a shadow or part of a photograph left in a place. It may diffuse over time. But you’re hearing that puppy from 1920.”

Acuff, who earned a Ph.D. at Ohio State University, also believes in what she calls spirits, “the essence of the person, an entity that can move even in places where they didn’t live in their lifetime.”

The 1990 hit movie Ghost was “one of the more sensitively and accurately done” portrayals of that phenomenon, she said. She thinks the movie may have been a turning point in American acceptance of supernatural phenomena.

Acuff, who was reared as a Christian and now considers herself a “real unitarian, who believes Jesus is the messiah,” believes that acceptance is a good thing.

“We do not handle death well in this society,” she said. “We are just now moving into a state when we’re beginning to recognize our mortality.”

Acuff suspects more traditional societies, such as those of Native Americans, held a better grasp on death than more complex ones.

“They accepted death as an integral part of the life cycle,” she said. “More complex societies run into so much denial.”

In other words, people in a more modern society find it easier to believe we’re able to keep death at bay with technology, whether it’s chemotherapy or cryogenics or cloning.

But Acuff thinks American views about life, death and afterlife – including how they think about ghosts and spirits – are growing up.

“I think we’re coming into a time of great spiritual maturity,” she said.

That maturity, according to Acuff, understands that life exists in different dimensions, even though we live in only one of them. The mysterious events that stretch the limits of belief – those are strange and rare openings into alternative dimensions.

“And that’s all right,” she said. “Maybe we’re not supposed to know about the other dimensions. Maybe it’s only by accident that we do know.”